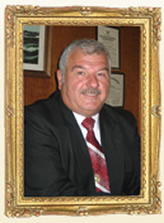 Vincent grew up in Bridgewater Township, NJ and has always enjoyed the woods and water. He graduated from Bridgewater Raritan High School West in 1973. He then graduated from Mercer County Community College with an Associate of Science in 1976 and received his mortuary science certificate in 1977. He then passed the National and New Jersey State boards later in that year, receiving his New Jersey State funeral director's license.
Vincent is a communicant at St. Joseph's Catholic Church in High Bridge and a member and past president of its Holy Name Society and Knights of Columbus. Other memberships include: Host Lodge #6 Free and Accepted Masons High Bridge, Clinton Elks, Lebanon Borough Volunteer Fire Company, Lebanon Borough Office of Emergency Management, Garden State Underwater Recovery Unit Milford , NJ, Historical Diving Society, NRA, New Jersey Bow Hunter's Association, Military Vehicles Collectors Club, and Tri-County and State Funeral Director's Associations.
Vincent has many certifications in both diving and fire service. He holds master certifications with both Professional Association of Diving Instructors and Scuba Schools International. He is currently the chief operator of the fire company’s water tanker.
Vincent is the husband of Shirley Alice McCabe Scarponi, and the father of Tara Scarponi- Danniballe. 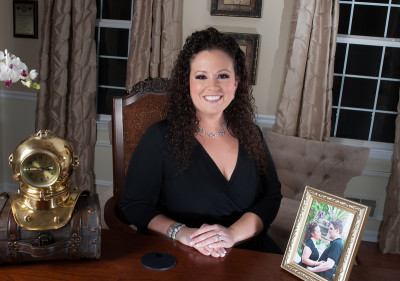 Tara is the daughter of Vincent and Shirley Scarponi and she lived at the funeral homes for her entire childhood; until the summer of 2010 when her and her husband bought their own home in Stewartsville, NJ.  She helps her father with the daily operations at  the funeral homes.

Tara and Anthony were married on April 20, 2012 at St. Ann's Catholic Church in Hampton, NJ, then they enjoyed their reception at Pleasantdale Chateau in West Orange.  They were very thankful and blessed to have their family and friends celebrate their love for one another!  Tara and Anthony have two beautiful girls, Gabriella Valentina (age 7) and Lucia Maria (age 2).

To view a short video from Tara and Anthony's wedding, click here.

While the following individuals are unlicensed and not qualified to make funeral arrangements, embalm, or conduct funerals, they serve an important role at the funeral homes ( N.J.A.C. 13:36-5.12 (g)(1): 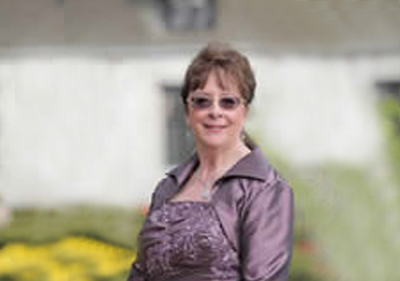 Shirley is a graduate of Delaware Valley Regional High School. She attended Churchman's Business College before working for Ingersoll-Rand as a buyer in Phillipsburg, NJ for 17 years. Shirley currently is the treasurer of the Cokesbury United Methodist Church, and a very active member of the church. She is also a member of the Lebanon Borough Fire Ladies Auxiliary and is a life member of the Ladies Auxiliary of the Firemen of the State of New Jersey. In addition, Shirley loves being a crossing guard for the Lebanon Borough school children in which she is also the supervisor.

Shirley is the wife of Vincent Scarponi, and the mother of Tara Scarponi. In her spare time, she enjoys baking, and scrapbooking. 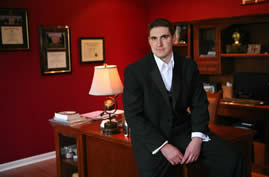 Anthony grew up in Bridgewater, NJ and graduated from Bridgewater Raritan High School in 2002. Anthony is an avid car enthusiast, and enjoys working on his mustang. In his spare time, he also enjoys diving, and holds multiple diving certifications. He is a member of the American Poolplayers Association and enjoys shooting pool with his friends. Anthony is the husband of Tara Scarponi and he presently assists on funerals. Tara and Anthony have two beautiful girls, Gabriella Valentina (age 5) and Lucia Maria who was born in October 2018. 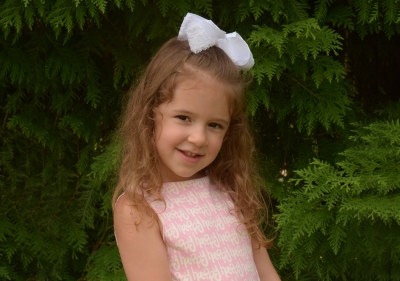 Gabriella is the daughter of Anthony and Tara Scarponi-Danniballe and is an honary 'future employee'.  She spends her days at the funeral home with her Nannie and Pop Pop while her mother assists families.  She was born on January 22, 2014 and she attends Immacuate Conception School in Annandale, NJ. 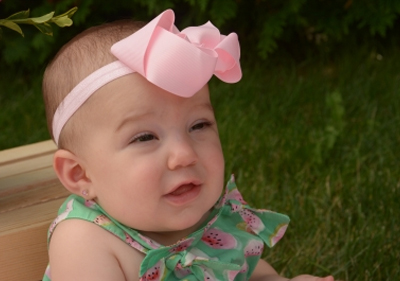 Lucia is the youngest daughter of Anthony & Tara Scarponi-Danniballe.  She is a very happy baby and a blessing to the whole family.  She spends her days with her Nannie and Pop Pop while her mother assists families.

Bob graduated from the Brooklyn Polytechnic Institute, and he also received his NJ and PA Professional Engineer license. In addition, he has received a NJ Professional Planner license, and is a certified Plant Engineer. He is retired from JCP&L as a Manager of Facilities Management and is also retired from working as an engineering consultant. Bob is also a United States Army Veteran of Vietnam.

Bob was the mayor of Clinton, NJ for 10 years, on the Clinton town council for 23 years, on the Clinton town planning board for 36 years, and on the water and sewer commissioners for 33 years. Over the years, Bob has also given much of his time to various organizations. He has been an active scoutmaster for 44 years, a district advancement chairman, an American Legion lifetime member, and a former Clinton Fireman. Bob has lived in the town of Clinton for 41 years. He has been married to his wife, Nancy, for 46 years, and has 4 children: Robert Jr., Scott, Kristina, and Alick. He also has 7 grandchildren. Currently, Bob assists on funerals.

Bill was born and raised in Clinton, NJ. He graduated from North Hunterdon High School, Class of 1982 where he was class President. He went on to graduate from  Alfred University in Alfred, NY where he recieved his BA in Political Science and minored in Criminal Justice and Public Law.  He earned his Masters degree in Criminal Science.  He also recieved his Certified Public Manager Degree from Rutgers University.  In addition, he is a Certified Police Training Commission Instructor and a NJ Department of Law and Public Safety Retired Administrator in the NJ Dept Of Corrections after serving 27 years in the Department. Bill is also an Executive Officer in the NHHS Athletic Hall Of Fame Committee Works.  After his retirement from the Department of Corrections, Bill has been working at the Hunterdon Medical Center in patient care and transport. He currently assists on funerals.